I'm probably new to you. Learn my story!

“What if CEO stood for ‘chief enabling officer’? What if that CEO’s primary role were to nurture a breed of intrapreneurs…?” – Richard Branson, CEO, Virgin Group 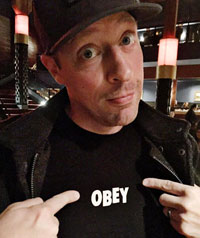 As a business owner, I have always looked upon myself as a facilitator. My job is to make work – and life – easier for all the intrapreneurs in my team, and if I can stay out of their way and let them have the freedom they need to perform at their fullest potential, my job is well done.

It is important to understand the difference between an entrepreneur and an intrapreneur — because even though they share many core characteristics, their professional mindset is very, very different.

On the face of it, intrapreneurs within companies can be as visionary as the entrepreneurs who are heading them. They’re inspired by new ideas and great at problem-solving. They’re the creative workhorses who take businesses to the next level. They’re big on job satisfaction, and often times, they predicate their self-worth on the success they make of their profession. Intrapreneurs are deeply invested in their job, and they are their own worst critics, constantly shifting the goalpost for excellence because they’re always hungry to learn more, teach more, do more. Trying to restrict true intrapreneurs within the constraints of a job description is trying to kill their soul, as they cannot stop taking on more responsibilities, evolving and developing all the time.

The one factor, however, that is germane to most intrapreneurs and keeps them from being entrepreneurs themselves, is a strong aversion for risk-taking. They will work as hard as any business owner, but they will not play the high-stakes game of business ownership. Deeply susceptible to the fears of loss and failure, they are perfectly comfortable in their second lead role. And because money is not a motivating factor with these people, they’re perfectly happy to receive a safe, guaranteed paycheck for the rest of their lives.

All employees are of course, not intrapreneurs. You’re lucky as a small business owner if you’ve got a couple of such rare, invaluable members in your team, and it is your job to make sure your intrapreneurs are accommodated in the right way, so they don’t go looking for greener pastures at the cost of your business.

Here are a few pointers on how to keep intrapreneurs motivated, inspired and engaged by making small adjustments to suit their unique personalities:

As I said earlier, money isn’t the biggest motivating factor with intrapreneurs, but recognition most certainly is. These creative individuals need to be told they are doing a great job – all the time — because their personalities thrive on positive feedback.

Intrapreneurs feel a compulsion to think outside the box. They’re constantly coming up with fresh ideas, or finding ways to perform better with the old ones. Binding them down with archaic company rules and policies, because “this is just how we do things” will stymie the progress you might enjoy if you only allow your intrapreneurs some free rein to redefine what already exists in newer, better ways.

# 3: MICROMANAGEMENT IS AN ANATHEMA

Try micromanaging intrapreneurs, and you have reduced these people to the level of an average employee. Micromanaging means cutting off their creative wings. Stop looking over their shoulder and let them feel the freedom to soar. If you don’t, you won’t retain them for very long. One thing that no intrapreneur can tolerate is mediocrity.

# 4: DISILLUSION IS A CHARACTER FLAW

Unlike entrepreneurs who will charge through hard times with the sheer force of their will power, intrapreneurs are pretty frail that way. When they’re fired up by a vision and working day and night to make that vision a reality, they cannot face challenges from the outside without losing some of their mojo. Disillusion and disappointment sets in easily because they are so creatively connected with what they are doing, and like any artiste, they are more likely to just throw in the towel and walk away than an average employee.

Allow your intrapreneurs to fail sometimes. Lessons from personal failures are never learnt as well by anybody else. Intrapreneurs come back from their mistakes with a deeper, better understanding of the job at hand because they analyze and pinpoint the error with such accuracy, and find better remedies in the light of their better knowledge.

# 6: REPRIMANDS ARE NOT NECESSARY

Intrapreneurs don’t need to be reprimanded. Their habit of constant self-criticism is such that they have soundly reprimanded themselves already.

Intrapreneurs are not mavericks. They operate from a deep sense of trust and integrity. Even when they are pushing boundaries and perhaps even breaking a few rules along the way, their integrity and devotion to the larger good of the company is not compromised. Trust them. Because they deeply trust themselves.